Ft. Fisher was constructed in February 1837 by order from William Fisher, Secretary of War for the Republic of Texas.  It was humble a collection of quickly constructed shelters on the banks of the Brazos River for the purpose of housing a small company of Texas Rangers. After only a few months, it was decided that this location was too remote for the Rangers to provide adequate service and was abandoned. The original site of Fort Fisher is unknown, being described only as being “near the springs of the Brazos” by a Waco Indian camp. 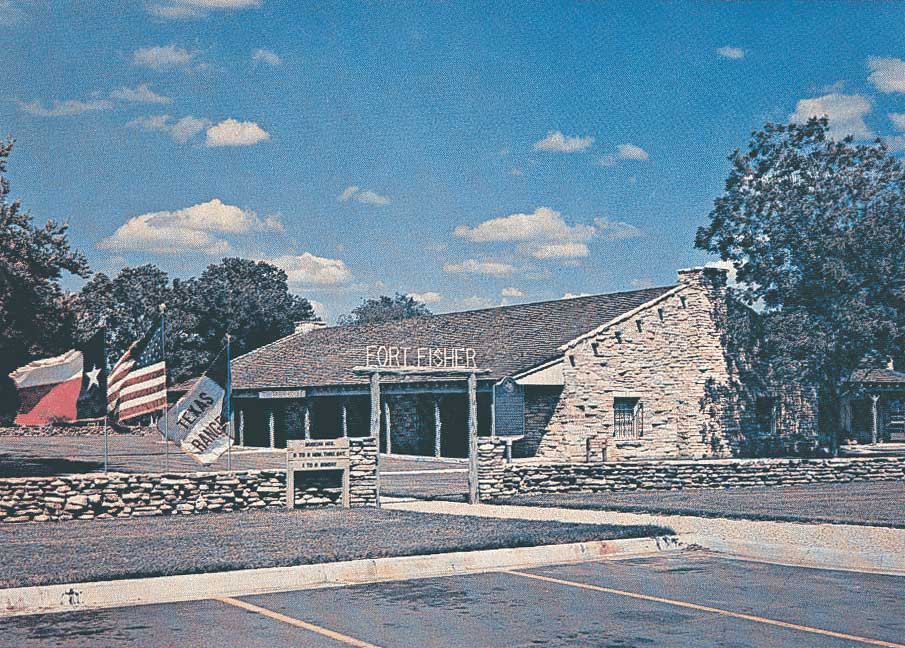 The current site of Fort Fisher Park was chosen because of its proximity to the newly constructed I-35. In 1968, the Texas Ranger Museum and Texas Rangers Company “F” headquarters opened in the Park as an educational attraction to tell the story of Texas through the history of the Rangers. The Museum building was not based on any actual known Fort but was supposed to represent a vision of a fort on the Texas frontier.

The Texas Ranger Hall of Fame and Museum’s mission is to collect, preserve, study and exhibit artifacts, artwork and archives relating to the Texas Ranger service while permanently documenting the service of the Texas Rangers past and present.  More than four million people have visited the museum since its doors were opened.