Many are familiar with the Texas Rangers baseball team but there are actually two professional sports teams inspired by the Texas Rangers. One in Texas and one in New York. For the full story, lets start with a gentleman named "Tex" Rickard.

George "Tex" Rickard was born in Kansas City, Missouri on January 2, 1871. Rickard grew up in Sherman, Texas. He started as a cowboy on his family’s ranch at age eleven and would acquire the nickname "Tex." Rickard moved to Henrietta, Texas and at 23 years old was elected city marshal. He served as a lawman for Henrietta. Not just a lawman, he became known as a superior poker player. Eventually, Rickard left Texas to travel the Unites States opening gambling establishments in the Alaska, California, and Nevada gold fields before finding his way into the world of boxing promotion. He acquired Madison Square Garden in New York City to host his boxing matches.

At the time, the New York Americans, a professional hockey team, played in the Garden and this inspired Rickard to petition the National Hockey League for his own franchise in 1926. Rickard’s team was dubbed “Tex’s Rangers” by the local press as a direct reference to the Texas Rangers and jab at Rickard’s Texas origins. The name stuck and Rickard would go on to name the team the New York Rangers. The team won their first Stanley cup in 1928. Rickard was president of the team until his death in 1929 at the age of 59. Since their founding, the New York Rangers have won three more Stanley Cups and have sent sixty players, coaches, and owners to the Hockey Hall of Fame. 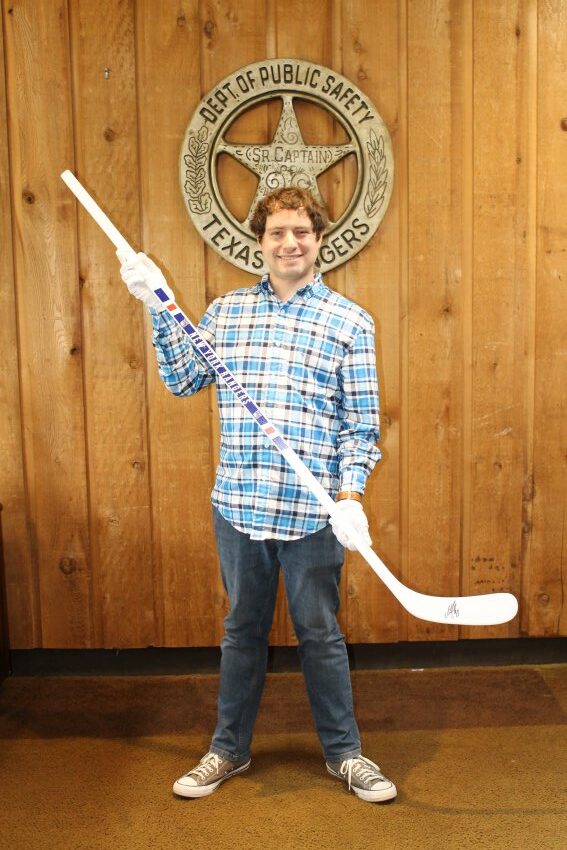 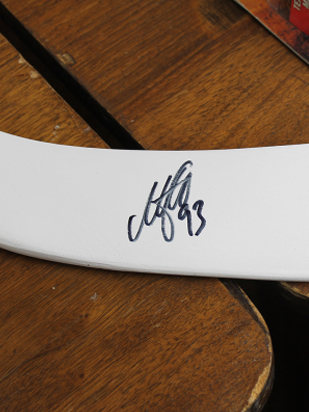 The New York Rangers and Madison Square Garden Corporation gifted the museum a signed souvenir hockey stick to represent the team and its connection to the Texas Rangers. The stick is our most recent addition to our pop culture collection. It is signed by New York Ranger Mika Zibanejad a 2022 NHL All-Star and Ice Hockey World Champion from Sweden.