Sometimes very small objects can tell a powerful story. This railroad spike was inscribed to a Texas Ranger and reads “Sgt. S.H. Denson, Texas Rangers Co. D, Rio Grand [sic] City - April- June 1967”. Selwyn Hogan Denson started out in the newly formed Texas Highway Patrol in 1937, and eventually joined the Texas Rangers in 1947. He was stationed in Corpus Christi when the Rangers were called in to police a strike in April 1967.

The railroad spike recalls what is known as the Starr County Strike, a dispute between farmworkers and management of a melon farm in the lower Rio Grande Valley. Demanding higher wages, the farmworkers went on strike during the melon harvest. In an unpleasant assignment, Rangers arrested railroad picketers and escorted the railroad cars that carried melons north to market. It was not the first strike that Rangers had been involved in and it wouldn’t be the last.

The Rangers received a lot of criticism for their role in the strike, and some even called for the abolishment of the Rangers. Senator A. R. Schwartz was quoted as saying “I’d rather see a district court decide what the rights of the parties are than have law enforcement officers decide who’s right and wrong at the scene of the controversy”. Following civil rights lawsuits, policy was changed so that Texas Rangers would never again be sent to police labor disputes. 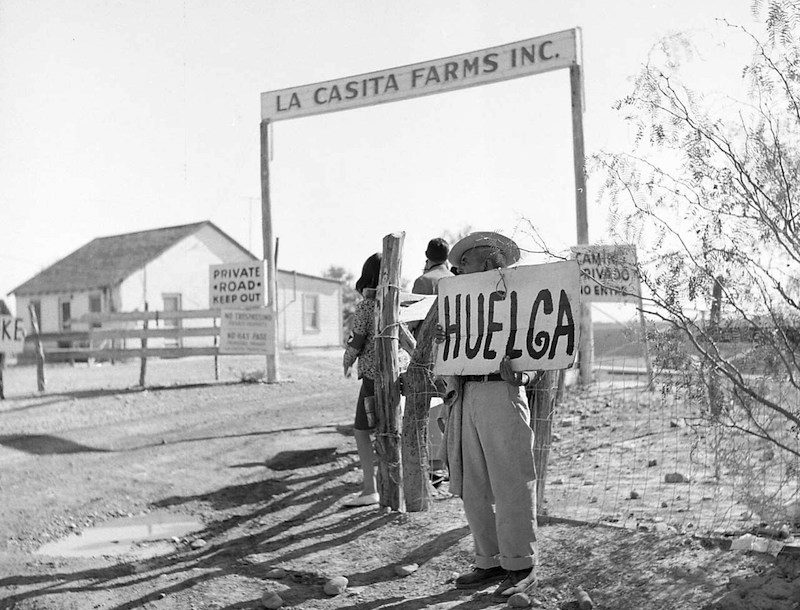