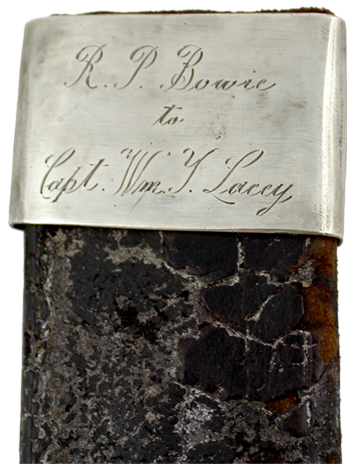 Mr. Rudolph Gleichman of Pennsylvania donated a fascinating item from his collections, a 17" long 1830s-40s style Bowie knife. Its scabbard bears an intriguing inscription "R.P. Bowie to Capt. Wm Y. Lacey." The blade was likely made in England for the American trade, and the handle is horn, possibly buffalo. It has been examined by numerous Bowie knife authorities over the decades who have attested to its age.

James "Jim" Bowie (1796-1836) who died at the Alamo made the "Bowie knife" famous in the "Sandbar Fight" duel he fought in 1827. Bowie knives became a fad so popular that factories in England and Germany turned out thousands for export to Texas and the West. There even existed schools to teach greenhorns knife fighting. Urban legend, now largely discredited, has it that Bowie's brother, Rezin Pleasant Bowie (1793-1841), a Louisiana planter, land speculator and slave smuggler "invented" the Bowie knife. He may have influenced the addition of the iconic cross-guards and Texas-clipped point to what was otherwise a butcher or dressing knife. 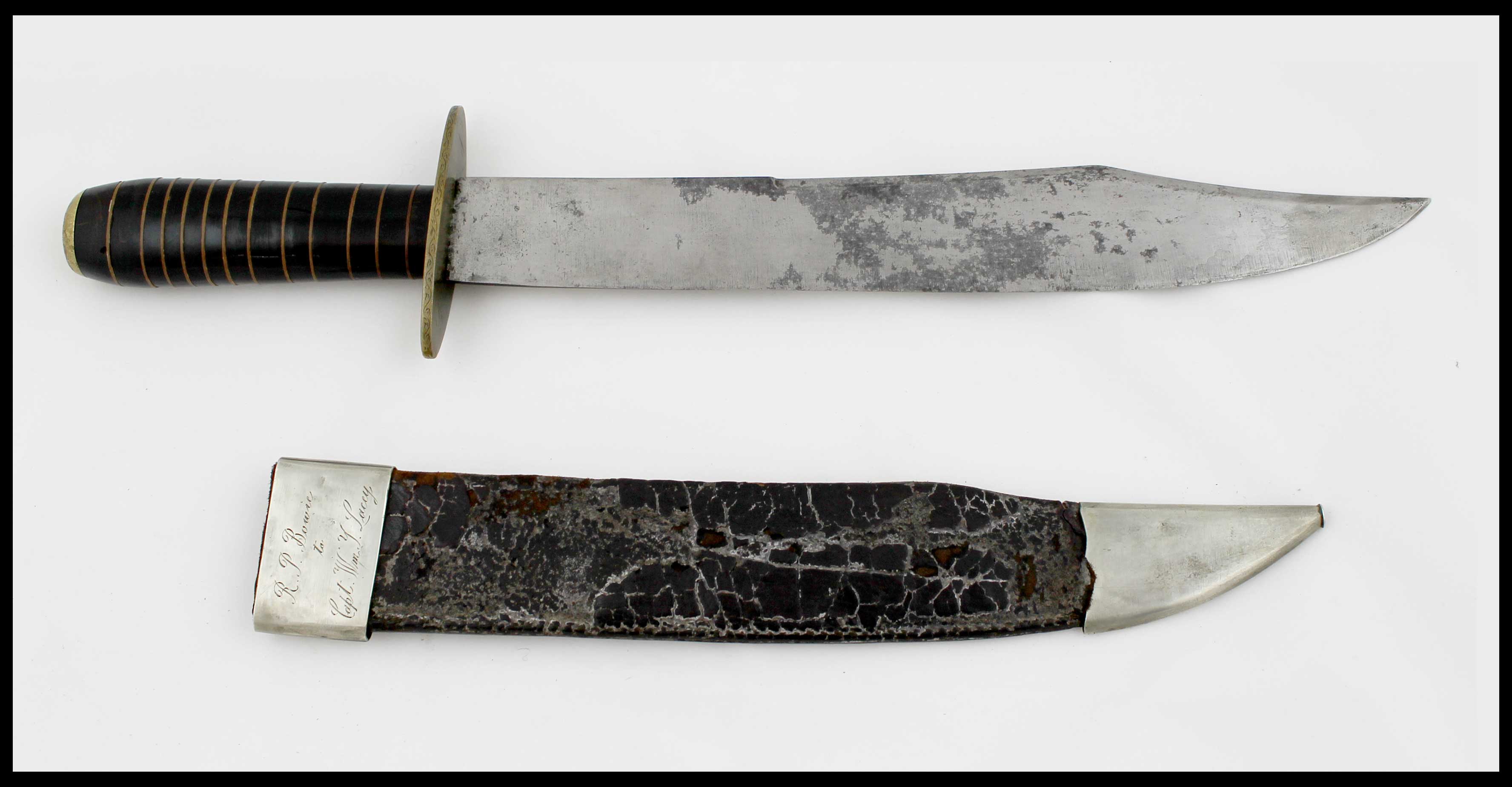 After Jim Bowie's legendary death at the Alamo, Rezin presented Bowie knives of different designs to a number of acquaintances including the Governor of Louisiana, an army officer (the Fowler Bowie displayed at the Alamo), and actor Edwin Forrest. The inscription on the Forrest Bowie has similarities to the inscription on this knife.

Rezin Bowie is purported to have presented this knife to William Young Lacy/also Lacey (1814-1892). Lacy came to Texas in 1830, rode with Jim Bowie for eight months in 1834, and was commissioned into the Corps of Rangers from May of 1836 to December of 1837 serving as acting captain on the death of his commander. Sam Houston later sent him to Nacogdoches and Houston Counties to form militia (Ranger) companies. It is unclear if Rezin Bowie knew Capt. Lacey. If he did, they would have met between 1830 and 1832 when Lacey and Rezin Bowie were both in Texas. The knife would have been presented to Lacey before Rezin's death in 1841.

Is the inscription genuine? Old artifacts have sometimes been 'enhanced' with tantalizing inscriptions. However, most counterfeit inscriptions refer to well-known individuals. When Mr. Gleichman purchased the knife 36 years ago, Capt. Lacey was barely known to a few historians and is little-known today. 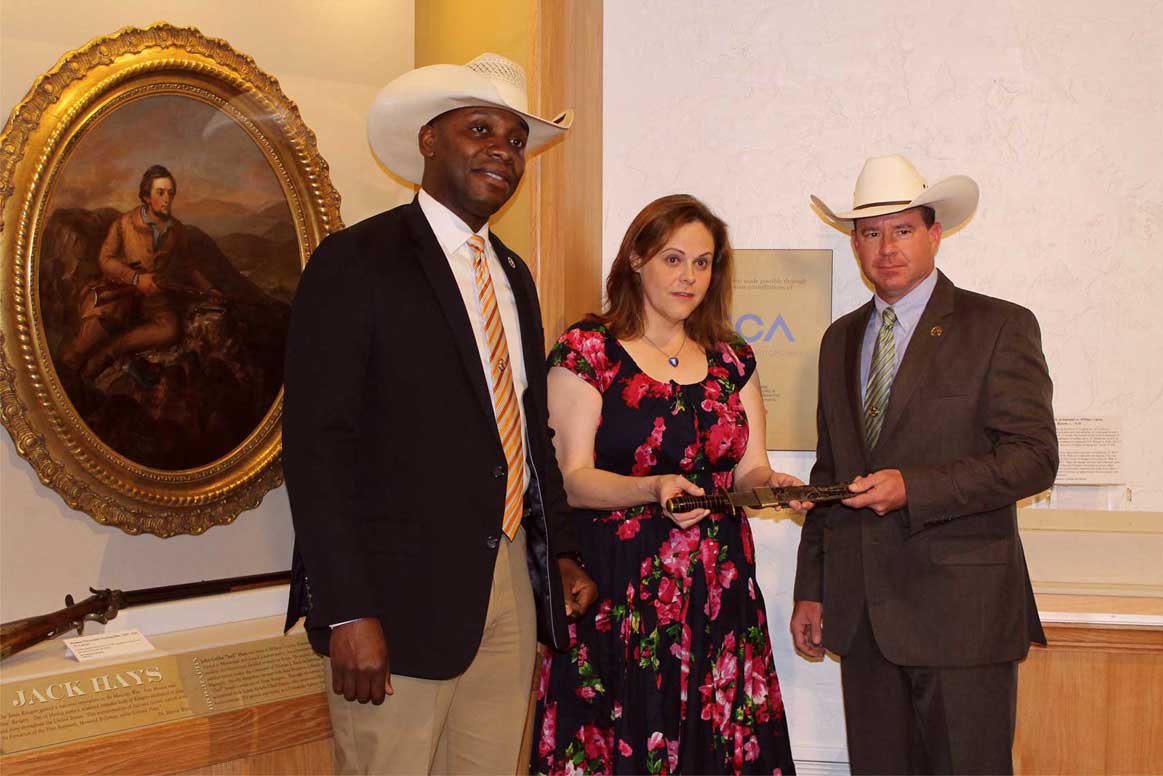 Above, Left to Right: Lt. James Thomas, Collections Manager Shelly Crittendon and Major Corey Lain accept the donation of the Bowie Knife on behalf of the People of Texas

On September 10, 2018, the Museum formally accepted the knife donated by Mr. Gleichman. During the acceptance, Shelly Crittendon, Collections Manager, gave a brief presentation on the history of Bowie knives, including the possible history of the Lacey Bowie Knife.

Master knife maker Greg Wall, a descendant of the Bowie family, crafted and donated a painstakingly made replica for educational purposes to the museum. He spoke on the meaning behind the making of the replica.