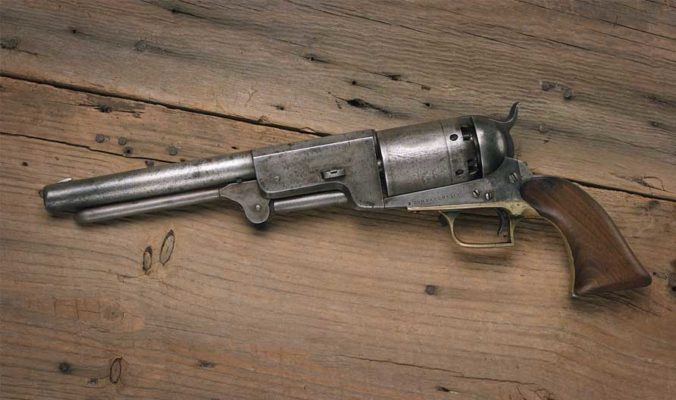 After the Rangers used the Colt Paterson revolver with great success on the Texas frontier, Samuel Colt met with former Texas Ranger Samuel H. Walker to discuss improvements to his invention. The Colt Walker revolver, produced in 1847, improved upon the Colt Paterson by adding a fixed trigger with trigger guard, a sixth chamber and by having interchangeable parts for easier repair. With the success of this pistol, Samuel Colt opened a factory in Hartford, Connecticut, and became one of the world's leading firearms manufacturers.

For more information on the Colt Walker Revolver, click the article links below:

Guns of the Texas Rangers: The Walker Colt