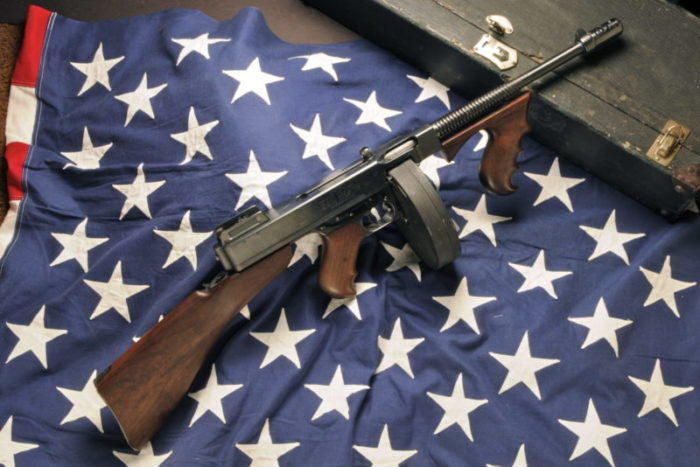 This 1921 US Navy Model Thompson Sub-Machine Gun was carried by Captain Hardy B. Purvis (1891-1961). He served from 1921-1933 and was noted for his coolness under pressure in wild oil boomtowns, dock strikes, and prison riots. The Thompson was passed to his son L.H. Purvis, also a Texas Ranger. Both Rangers were said to have carried it regularly while on the job. The firearm was manufactured in 1922 and then shipped to the Jefferson County Sheriff’s Office in Beaumont where it was said to have been given to Purvis for use in the rough-and-tumble oil fields.