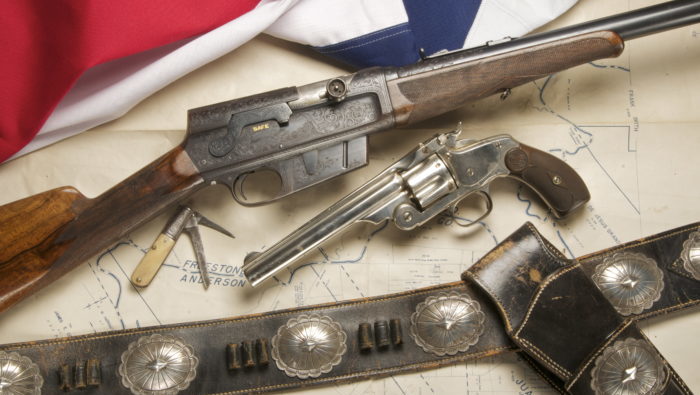 Texas Ranger Capt. Frank Augustus Hamer (1884-1955) owned this Remington Model 8F Rifle, along with the Smith & Wesson New Model #3 revolver, and the other personal effects. The rifle was given to Capt. Hamer by Remington Arms Company after an agent witnessed his sharp-shooting skills when the Texas Rangers shut down a gambling and bootlegging syndicate in Mexia, Texas. The rifle became Hamer's favorite deer rifle, and later tales of his fantastic marksmanship with it became legendary. The rifle includes intricate engraving, gold inlay and an inscription that reads, "Capt. Frank Hamer of the Texas Rangers".