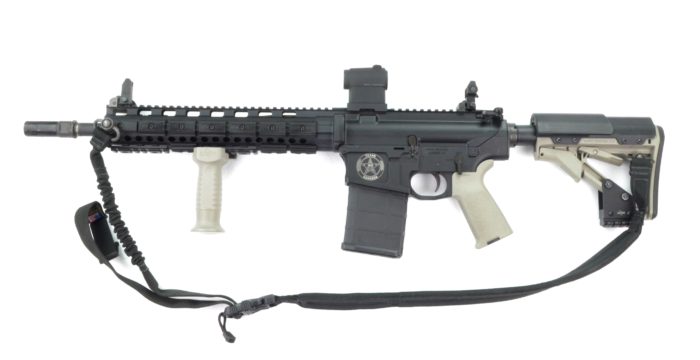 In 2011, a new, heavy-duty firearm was added to the Texas Rangers’ standard-issue equipment. Escalating violence along the border with Mexico and incidents in rural areas far from law-enforcement backup necessitated the need for a larger caliber, longer range alternative to the standard-issue Bushmaster M4 rifle (a derivative of the Vietnam-era .223 AR-15 combat rifle).

The Texas Rangers developed specifications for a custom-made assault-style rifle in the 7.62 mm caliber (.308 Winchester). LaRue Tactical of Leander, Texas ultimately won the bid and produced the rifle. Equipped with 14.5” barrels and sound suppressors, the rifle can accept a wide variety of telescopic and night-vision sights. Firearm enthusiasts have taken to calling the customized LaRue .308 the “Ranger Rifle”.