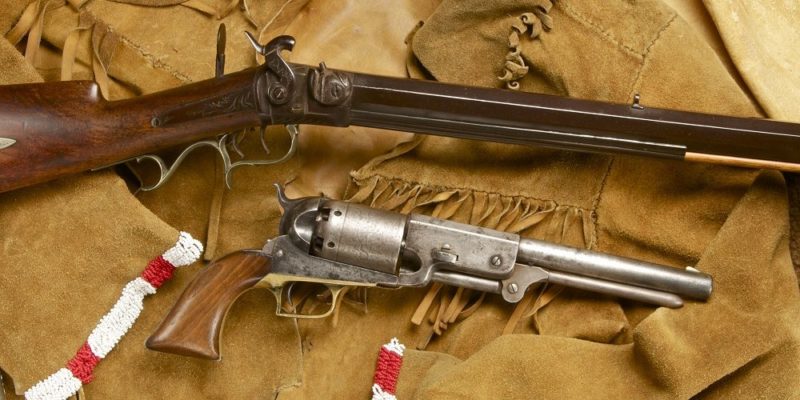 John “Jack” Coffee Hays (1817-1883) owned this .42 caliber Edwin Wesson Percussion rifle.  Hays arrived in Texas in 1836, where he became a legendary Texas Ranger Captain and land surveyor. He proved the value of Colt revolvers in battle when vastly outnumbered by Indians. Advice from Capt. Hays and Capt. Samuel H. Walker (1817-1847) led to the creation of the renowned Colt Walker for the Mexican War. Relocating to California, Hays became the sheriff of San Francisco in 1850 and surveyor-general, acquiring the rifle around that time.

The Texas Ranger Hall of Fame and Museum proudly displays a portrait of Captain Jack Hays, painted in 1851 by artist W. S. Jewett. It is believed that the rifle in the painting is the same one pictured here and on display at the museum.

For more information on this artifact, click the article links below: