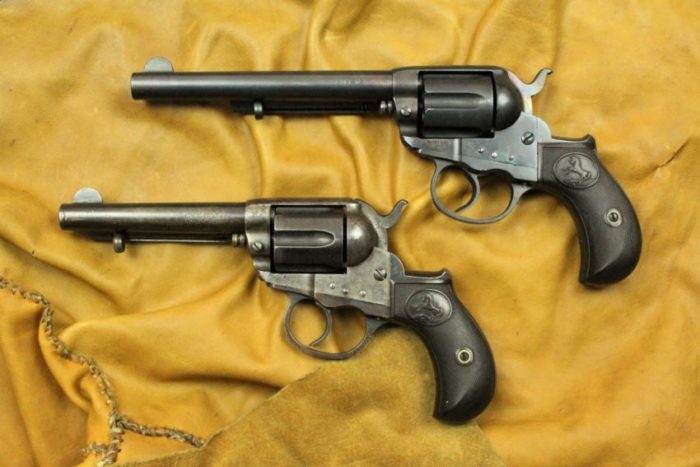 The Colt Model 1877 Double Action revolvers were a variation of the Single Action Army. The .38 caliber revolver was nicknamed the "Lightning", while the .41 caliber was called the "Thunderer". Produced from 1877-1909, the Model 1877 sold well but was problematic. It often malfunctioned with exposure to weather, dust, and dirt and had an intricate design that was often unrepairable. However, not everyone expressed dislike for the Model 1897; notable owners included outlaw  "Billy the Kid" and Western artist Frederic Remington.

To learn more about the Colt Model 1877 Lightning and Thunderer, click the article links below: