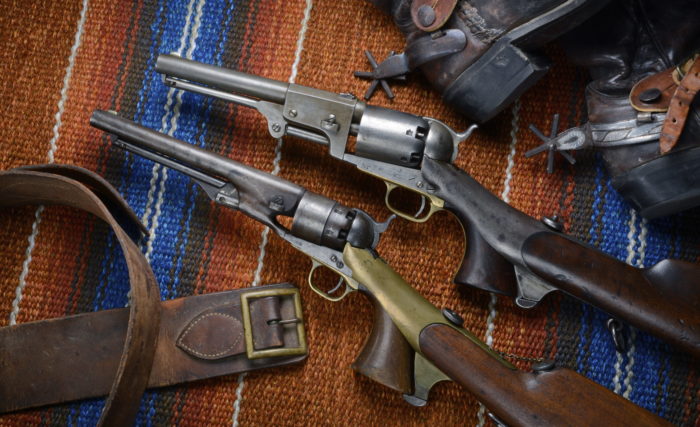 The New Model Army or Model 1860 Army was a streamlined improvement of the Third Model Dragoon offering superior ballistics, lighter weight, and improved balance.  It was the most popular revolver used by the Union forces during the Civil War. Both revolvers offered detachable shoulder stocks, including the military design with the option of a canteen inside, which are now considered rare.

For more information on the Colt 3rd Model Dragoon with shoulder stock, click the article link below: