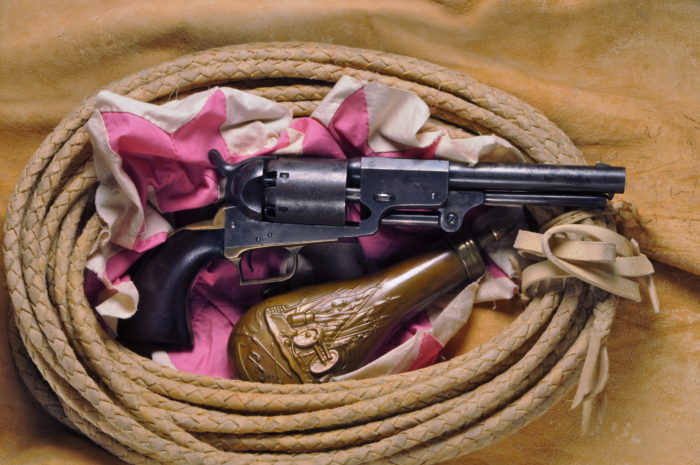 The Colt Dragoon revolvers were designed by Samuel Colt to improve on the successful Colt Walker revolver.  Dragoon revolvers were made from 1848-1861 and were popular with both the military and civilians. Rugged and hard-hitting, three distinct models were developed, and some were even outfitted with detachable shoulder stocks. The term "Dragoon" referred to mounted cavalrymen who used heavy, high caliber pistols such as this.  At a hefty 4 lbs. 2 oz., these revolvers were too heavy to be carried and were typically kept in holsters on the horse's saddle.

For more information about Colt Dragoon revolvers, click the article links below: