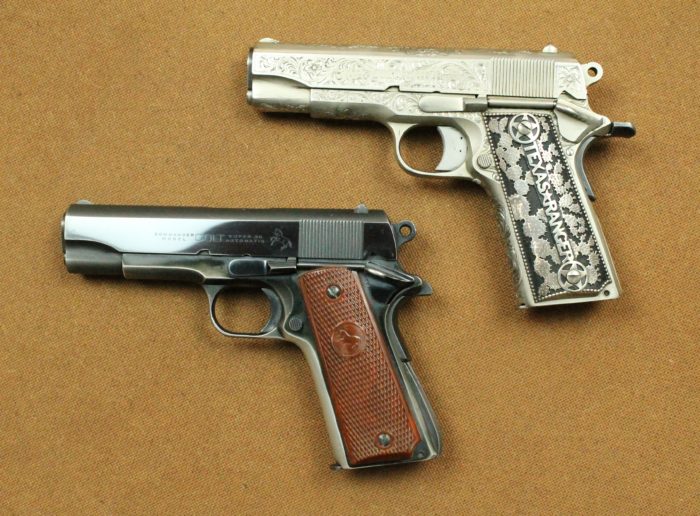 The Commander Model 38 Super pistol on the left includes the standard blued finish and checkered wood grips. It was given to the museum by Mrs. Clyde Decker in honor of Sheriff Bill Decker and offers an early example of the standard Commander. The Combat Commander 45 ACP pistol on the right includes a nickel engraved finish and custom silver grips. It was carried by Texas Ranger Sgt. William R. Gerth during his Ranger service from 1975-1993. Sgt. Gerth was awarded the DPS Medal of Valor in 1983, and served in Company C his entire career.