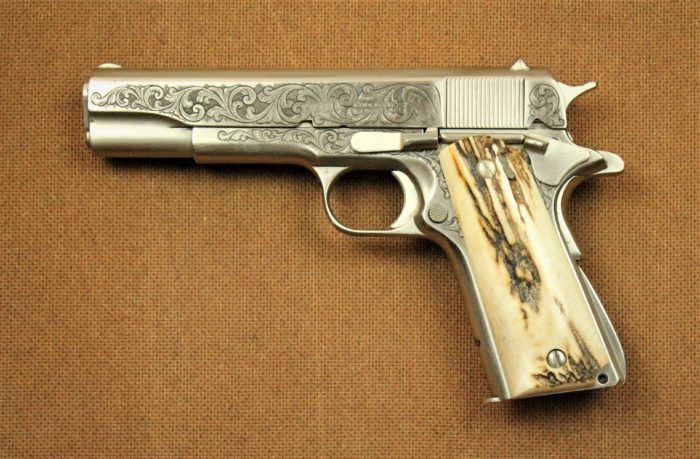 The Colt .38 Super Model Automatic pistol was first introduced in 1929 as a variation on the Colt Government Model 45 but chambered for the powerful new 38 Super cartridges. The .38 Super was particularly popular in Texas and over 200,000 were produced between 1929 and 1970.

The pistol pictured was presented to  Highway patrolman Glenn Elliott in 1956. Elliott carried the pistol on duty while assigned to work with the Texas Rangers in the 1957 Lone Star Steel Strike. After entering the Ranger service in 1961, Elliot carried the pistol regularly for many years. In 1986, he had the gun engraved by Weldon E. Lister, Jr of Lister Custom Gun Engraving. A handwritten account of the pistol's history, the original receipt from Lister Custom Gun Engraving, and the Colt Factory letter sent to Mr. Glenn Elliot can be found in the museum files.