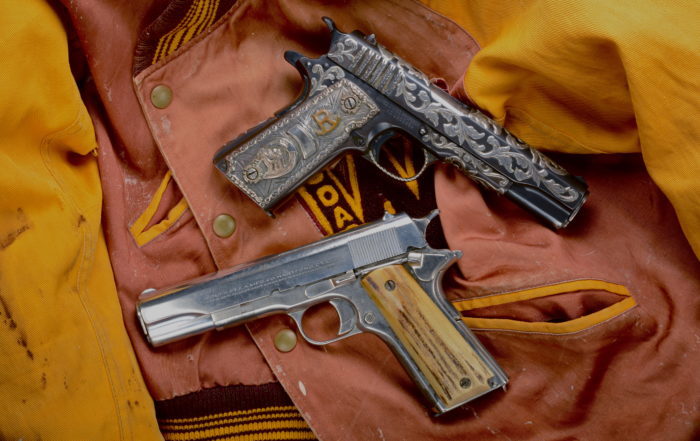 Jim Riddles began his career as a high school mathematics teacher in 1936 and coached basketball and baseball at Windom High School in Windom, Texas. In 1941, Riddles joined the Texas Department of Public Safety as a highway patrolman but resigned within a year to enlist in the U. S. Army. After WWII, Riddles rejoined the Department of Public Safety in 1946. Col. Homer Garrison recognized his ability and appointed him to the Texas Rangers where he became widely known for his skills as an interrogator and investigator. He quickly earned promotion to Sergeant and in 1967 was promoted to Captain of Company E.

For more information about the Colt Model 1911, click the article link below: