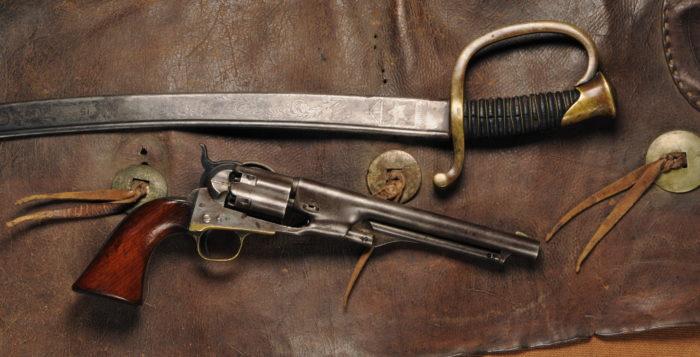 Courtesy of the Museum Collection / Catalog# 1643a

The New Model Army or Model 1860 Army revolver was a streamlined improvement of the Third Model Dragoon revolver. Significant improvements in steel making contributed greatly to this model’s success, creating a lighter, safer and more powerful firearm (the Dragoon was 4lbs. 2 oz., while the New Model was only 2 lbs. 10 oz.). It was a very popular revolver used by both Union and Confederate forces during the Civil War. As a testament to its popularity, more than 200,000 were produced between 1860 and 1873.

For more information on this artifact, click the article links below: