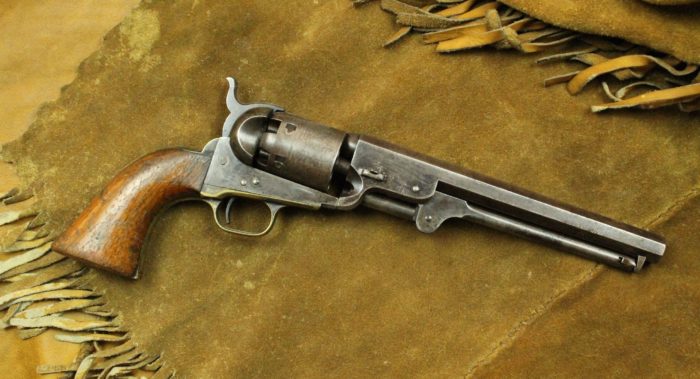 The Model 1851 Navy or Belt revolver was the first medium caliber firearm to be produced by Colt out of the Hartford factory after it opened in 1847, and remained popular for years. The Model 1851 was considered one of Samuel Colt’s personal favorites, as he had his portrait taken holding it. He is known to have presented them to foreign dignitaries, political officials, and other noteworthy individuals, including Texas Ranger Ben McCulloch.

For more information on the Colt 1851 Navy, click the article link below: