Watching Over Texas - The Texas Rangers 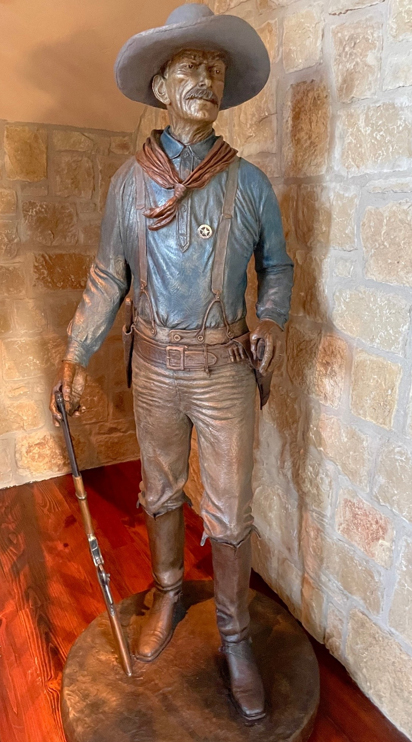 In early November 2021, we received a life-size sculpture of a 19th Century Texas Ranger, gifted by Sherry and J. Robert Brown in honor of Ranger Walter Russell. Sherry Brown is the granddaughter of the late Ranger Russell who served in the 1950s. Watching over Texas - The Texas Rangers by artist Edd Hayes depicts an average Ranger from the 1800s. Hayes was named by The Texas Legislature as “Official Texas State Sculptor” for the year 1998-1999.

Our Collections division supervised the transport of the sculpture from the Texas Hill Country. The artist used a multi-patina process to create the colors on the bronze.  The patina process requires indoor display and the statue is currently on display in the Hall of Fame lobby.