Mr. Spikes and the Surveyors' Fight 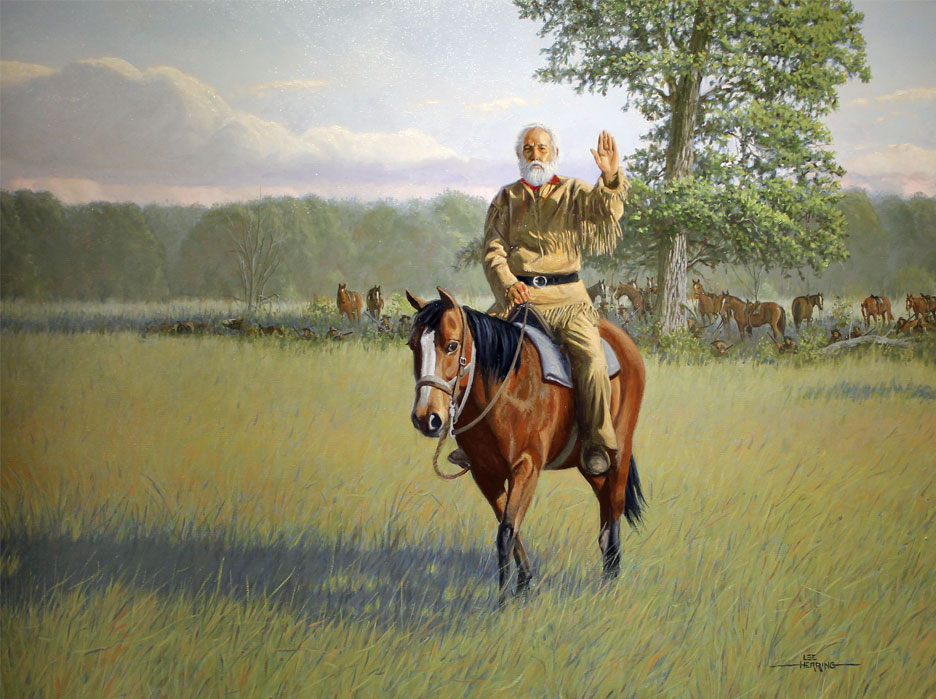 Lee Herring is a well-known artist and illustrator who favors Western subjects in his work. After a successful stint as an illustrator, he devoted himself full-time in 1975 to producing epic paintings of the American West, Texas history and the traditional western scenes for which he has become so well known.  Herring is committed to historical accuracy in his work, traveling to the places he depicts and conducting extensive research.

The painting Mr. Spikes and the Surveyors' Fight was given to the museum by the artist in 2017. It depicts a particular event in history, the Surveyors' Fight of 1838. On October 8th, 1838, a surveying party traveling through Navarro County encountered a band of Kickapoo Indians who were closely following their movements. Seemingly ignorant of their danger, the surveyors soon found themselves under attack. The moment captured in the painting depicts the recorded incident of an old man, Mr. Spikes, approaching the Kickapoo with a gesture of peace.

For further information on the subject of this painting, see the article links below:

Video: Discovering the Legend #18 (The Art of Lee Herring)