After several months of research and development, the Collections Department has completed the installation of two new exhibits featured in the Museum’s Taub Hall Gallery. “Women in the Texas Department of Public Safety” tells the story of the “Petticoat” Rangers who were appointed during Governor James Allred’s crackdown on illegal gambling in the 1930s. The exhibit also includes the story of the first two women to join the Texas Highway Patrol. Linda Lane from Houston, Texas and Judith “Judie” Prince from Odessa, Texas were the first two women to graduate from the Texas Department of Public Safety’s school for Highway Patrol. They were among eighty-two cadets who completed the 18-week program, graduating on October 26, 1973. 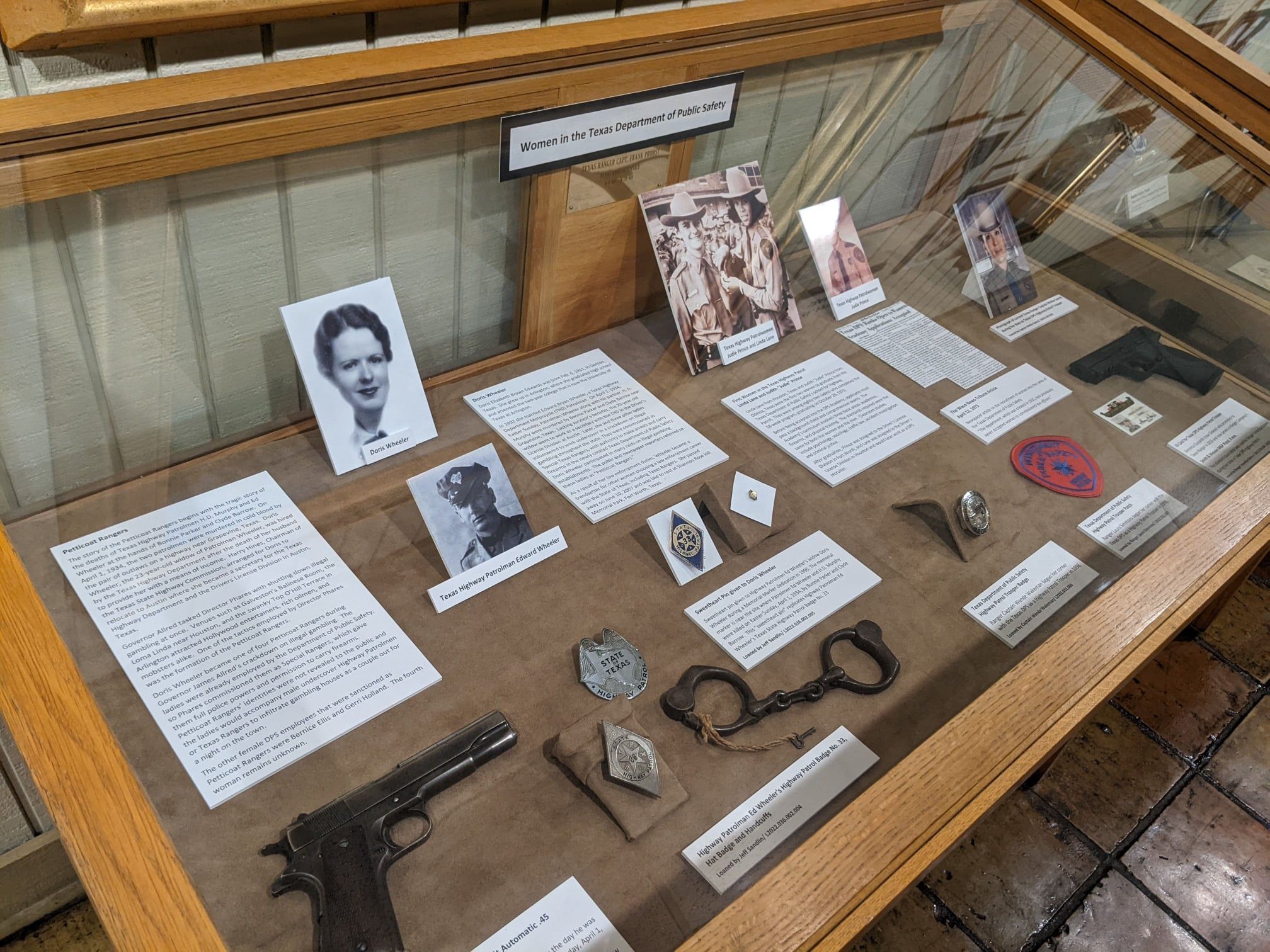 "Women in the Texas Department of Public Safety" is on exhibit in Taub Hall.

The Texas Ranger Hall of Fame and Museum is incredibly grateful for the generosity of Jeff Sandlin, in loaning his mother Doris Wheeler’s artifacts for the exhibit, and to Judie Prince for her help in making “Women in the Texas Department of Public Safety” a reality. 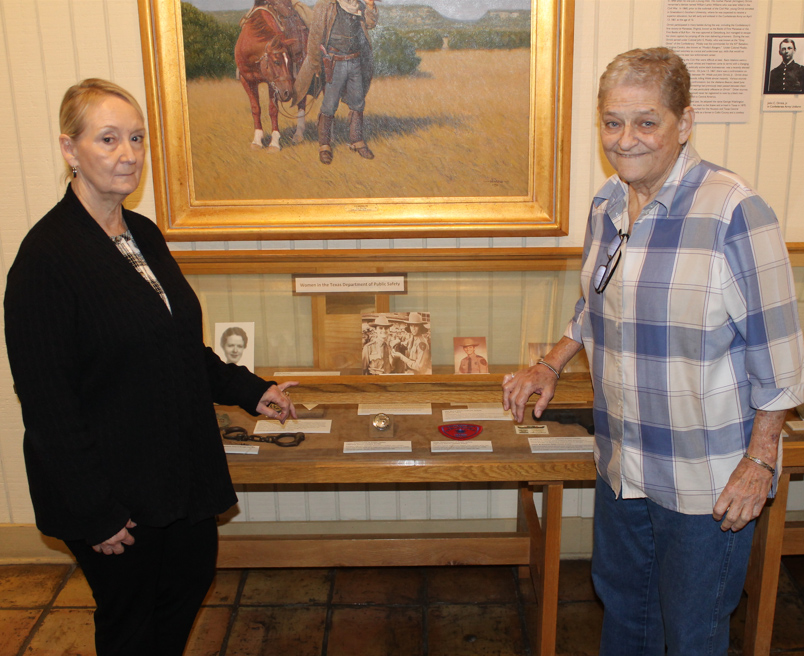 Left: Donor Jan Devereaux who donated the female mannequin for the Women in Rangers part of the exhibit.

Right: Judie Prince who loaned her items as one of the first two women graduates of Texas DPS Highway Patrol. Prince visited the museum on November 9th to view the "Women in DPS" exhibit.

Captain Melba Saenz, Captain Wende Wakeman, and Ranger Laura Simmons all promoted to Texas Ranger in 2008. Ranger Veronica Gideon joined their ranks in 2016. Each of these women came to law enforcement in their own way, have devoted thousands of hours to specialized training, and have worked through the ranks of the Texas Department of Public Safety. Their continued professionalism and leadership will further pave the path for those who will undoubtedly follow in their footsteps. 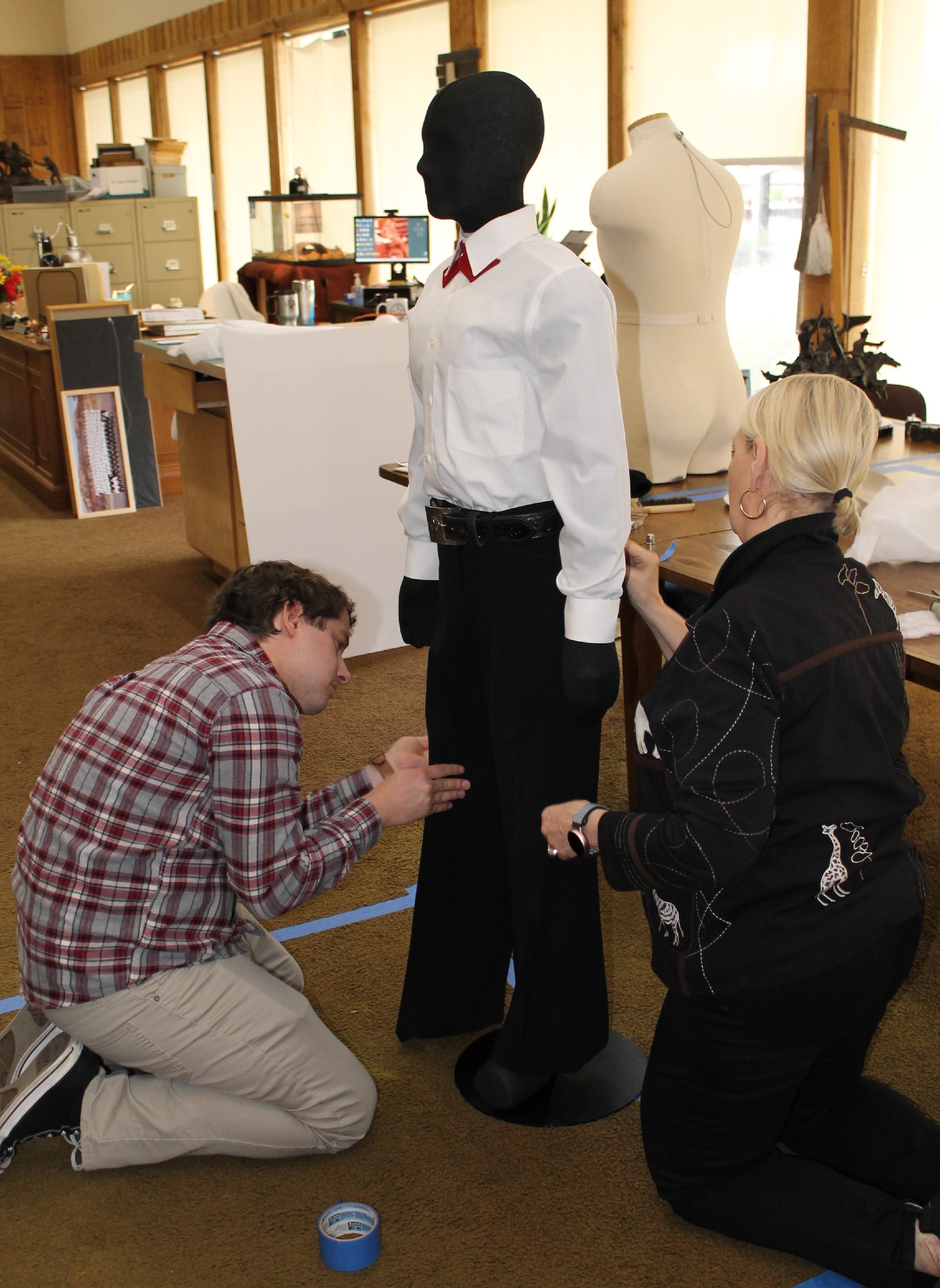 Right: "Steadfast Trailblazers: Women in the Texas Rangers" can be found in Taub Hall. 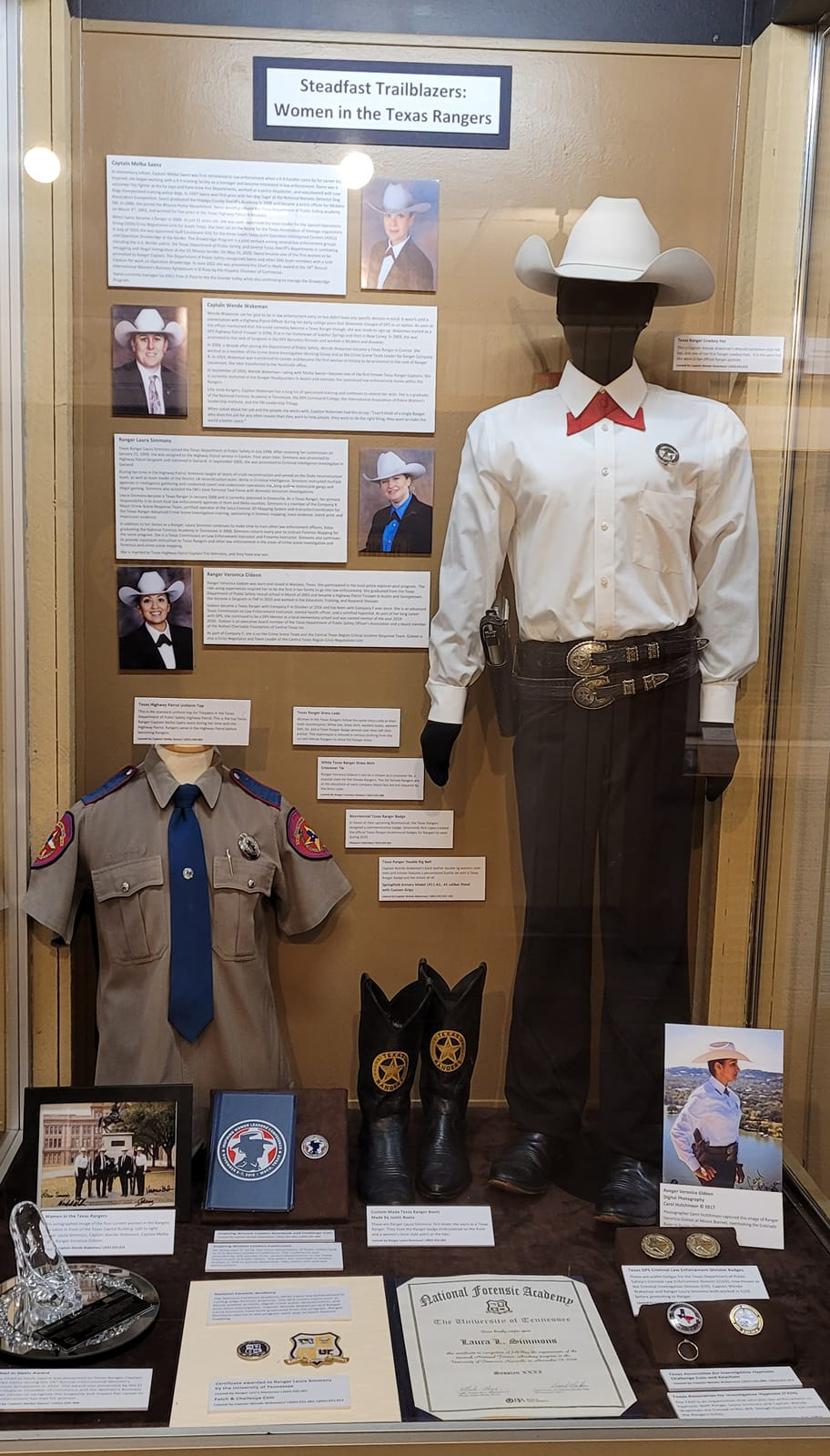 The Texas Ranger Hall of Fame and Museum wishes to thank Captain Wende Wakeman, Captain Melba Saenz, Ranger Laura Simmons and Ranger Veronica Gideon for their assistance and loan of artifacts for the exhibit. We also want to thank Jan Devereaux, Museum Volunteer and Docent, for her able assistance on these exhibits and for providing funding for the female mannequin featured in “Steadfast Trailblazers: Women in the Texas Rangers."