Starting on horseback, pick-up trucks have replaced the horse for every day use; however, horsemanship is a skill that Texas Rangers continue to employ.

On January 19, 2021, Staff Lt. Trampas Gooding donated four colorful rodeo ropes used in a Team Roping competition. Gooding is one of a handful of Texas Rangers who participates in the rodeo circuit. 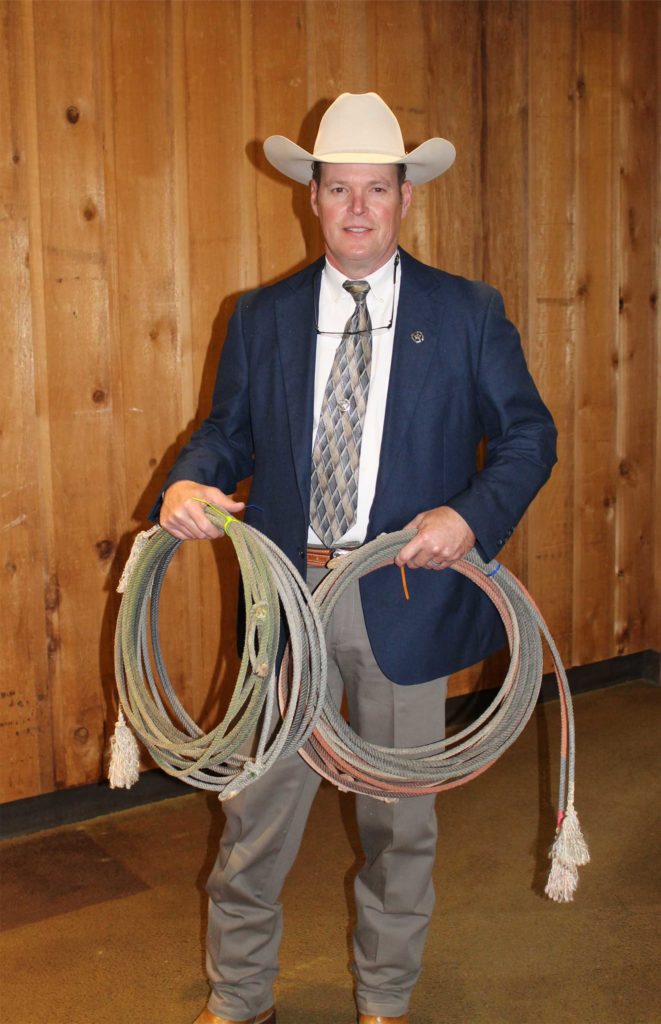 Team Roping, also known as Heading and Heeling, is a rodeo event that features a steer (typically a Spanish Corriente) and two mounted riders. The first roper is referred to as the "header", the person who ropes the front of the steer, usually around the horns, but it is also legal for the rope to go around the neck, or go around one horn and the nose resulting in what they call a "half head". Once the steer is caught by one of the three legal head catches, the header must dally (wrap the rope around the rubber covered saddle horn) and use his horse to turn the steer to the left.

The second roper is the "heeler", who ropes the steer by its hind feet after the "header" has turned the steer, with a five-second penalty assessed to the end time if only one leg is caught. Team roping is the only rodeo event where men and women compete equally together in professionally sanctioned competition, in both single-gender or mixed-gender teams.

As a trained horseman, Staff Lt. Gooding trains other Texas Rangers on horsemanship – something that was once commonplace in 1823 but not today. When needed, horses are used by Texas DPS, the Rangers and the Texas Department of Criminal Justice (TDCJ). In fact, if there is a prison break, TDCJ must have a licensed law officer on patrol with them as they conduct the manhunt. Horses and dogs are used to track and recover the convict. Many times, that accompanying officer is a Texas Ranger.

Knowing how to ride a horse is a skill that is still utilized in the 21st Century. We are excited to have these ropes as an example of modern horsemanship for our collections.